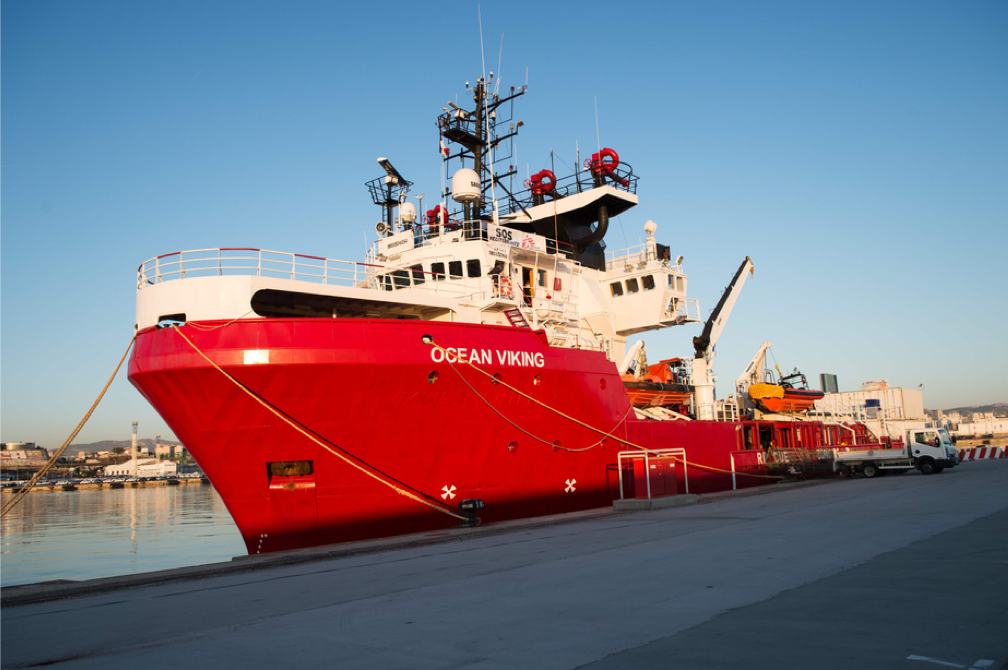 COVID-19: SOS Méditerranée teams are impatient and determined to go back to sea to save migrant’s lives

Mireille is currently completing a research project for SOS Méditerranée, a European maritime and humanitarian association, whose main mission is the search and rescue of migrants trying to cross the Mediterranean Sea in order to reach Europe.

Every week, dozens of migrants leave Libya in unsafe boats hoping to reach Europe by the Central Mediterranean Sea. Their chances of reaching Italy are slim to non-existent. The SOS Méditerranée vessel rescues migrants in distress, preventing the deaths of thousands every year. Those rescued by SOS are leaving Libya, where the situation for migrants is horrible. Under the official pretext of curbing immigrants’ streams to Libya, mostly from sub-Saharan Africa, immigrants are detained in detention centres managed either by the government or by armed militia. In the detention centres, men, women, and children can become victims of human trafficking, slavery, sexual exploitation, forced labour, racism, sexual attacks, and physical violence. For the migrants leaving Libya, Europe represents their ultimate chance for survival, worth trying to reach by sea despite the dangers and risks of such an endeavour. In some cases, they are even forced to do so by traffickers and smugglers.

On February 23rd, while Europe was being hit by COVID-19, the Italian authorities moved the SOS Méditerranée rescue vessel, Ocean Viking, to quarantine in Port of Pozzallo, Sicily, following the disembarkation of 276 migrants rescued days earlier. No crew members had any symptoms of the virus. SOS Méditerranée and Doctors Without Borders, also operating on the rescue vessel, feared that this measure was a pretext to prevent them from rescuing migrants at sea.

The Ocean Viking has been forced to stop its activities after 14 days of quarantine. The vessel docked in Marseille on March 20th, where the operation teams are currently self-isolating. According to SOS communications officer, Julie Bégin, the whole team is determined to resume saving lives at sea as soon as possible, but the current situation is too uncertain to allow it immediately. Bégin specifies that SOS officials and Doctors Without Borders (MSF) will meet in the coming days to discuss returning to sea and deciding what adaptations will be needed. 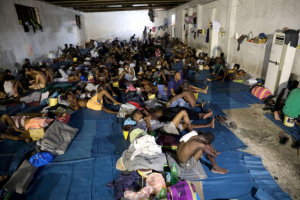 However, migrants will not stop trying to cross the sea. Since the beginning of 2020, more than 700 migrants have been rescued thanks to SOS and MSF. During this time 133 migrants died in the Central Mediterranean, according to the International Organisation for Migration. It is difficult to predict the consequences of the COVID-19 pandemic. Other European NGOs involved in rescuing migrants at sea are facing the same situation. On March 30th, the Alan Kurdi rescue vessel from the NGO Sea-Eye returned to sea after a break of several weeks. It is currently the only ship able to rescue migrants.

The COVID-19 situation in Libya is troubling, since the country has deficient healthcare facilities, a weakened healthcare system, and continued insecurity. The implementation of preventive measures, such as curfews, vary considerably from region to region and are probably not sufficient to compensate for what the media called ‘the Libyan time bomb’. The non-governmental organisation Human Rights Watch (HRW) claims that Libya must take further measures and immediately free “migrants and asylum seekers detained solely because of their irregular migratory status” to limit contamination in the overpopulated centres. If the virus were to reach detention centres, there is every reason to believe that migrants that are already extremely vulnerable would be quickly and severely impacted.