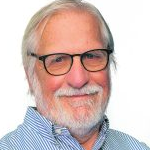 Victor Piché is a sociologist-demographer specialising in international migration with an interest in this phenomenon in the context of globalisation. He was a professor in Demography at the University of Montreal, Quebec, from June 1972 to October 2006. He also taught at various African and European universities. He is currently an associate researcher for the Hans & Tamar Oppenheimer Chair in International Public Law, at McGill University, Quebec. For the past 15 years, he has specialised in the rights of migrants, more specifically, temporary migrant workers. His interests also include studying ethnic, racial, and linguistic statistics from a critical perspective. Victor has also been the main adviser in international migration and human rights for a Canadian NGO, Action Canada for Population and Development, Ottawa, Canada.