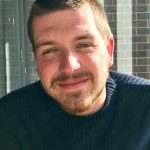 Jacob Bruel is a Master’s student in Geography at Laval University, Quebec. His research focuses on asylum seekers’ irregular entry into Canada from the United States. More specifically, he seeks to understand how migratory policies influence asylum seekers’ decision-making and trajectories. During his last year as an undergraduate student in Geography at the University of Montreal, he created a project called Honor, examining the evolution of Canadian migratory control practices in response to the arrival of autonomous asylum seekers.