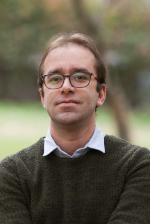 Cenk Saraçoğlu is an associate professor in Communication at the University of Ankara, Turkey. He holds a Bachelor’s Degree in International Relations from the Bilkent University, Turkey, and a Master’s Degree and PhD in Sociology from Western University, Ontario. He is interested in migration, nationalism, urban transformation, and ethnic relations, with a focus on Turkey. He is the author of the book, Kurds of Modern Turkey: Migration, Neoliberalism and Exclusion (I.B Tauris: 2008), and has published many scientific articles on Turkish social and political life. He has been collaborating with Danièle Bélanger since 2016 on an ethnographic research project examining the relations between Syrian refugees and the Turkish host community in an urban setting. Some outputs of the research have been published as book chapters and articles in scientific journals, including Mediterranean Politics and Patterns of Prejudice.