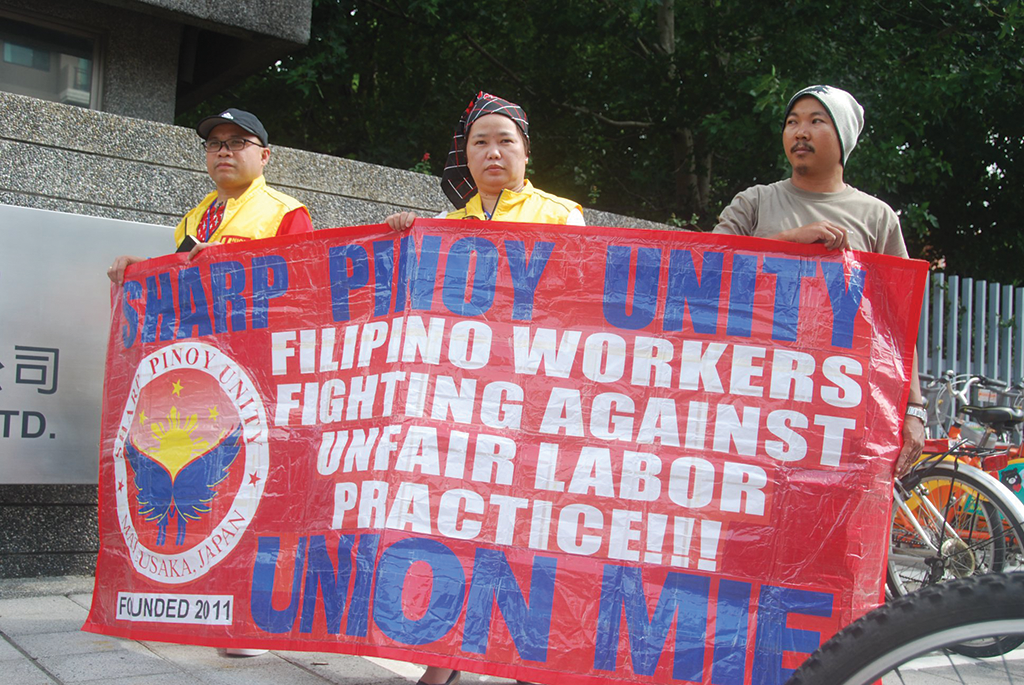 Exclusion and solidarity for migrants in Japan:
COVID-19 highlights the challenges posed by and faced by minorities

The COVID-19 pandemic and the mobility restrictions imposed by states are gravely impacting migrants in Japan with regards to employment, childcare, and racism.

While numerous migrants in Japan have been employed for a long time in precarious jobs, with poor salaries and unstable working conditions, the emergence of the COVID-19 virus has increased the challenges they are facing. Migrants are now experiencing racism and xenophobia linked to the virus.  In an effort to protect workers, the Union MIE (Centrale Mie), operating in the Mie Prefecture in western Japan, launched a multilingual consultation hotline in workplaces on March 13th and 14th. Workers can get support and access to information with the direct consultation line in four languages: English, Portuguese, Spanish, and Japanese. The trade union supports many foreign-born people, such as Filipinos and Nikkeijins (Japanese descendants) from Latin American countries, such as Brazil.

Migrants are facing serious challenges. The majority of migrants in contact with Union MIE are irregular workers, which means that they are temporary or contract workers. Most of the men and women, including single mothers, are contending with precarious working conditions. Since the emergence of COVID-19, the hotline has received calls from migrant workers about the termination of their contracts and the degradation of their working conditions.

One worker declared, “Despite a night contract, my company told me that my shift was turning into a day shift and that my salary would be diminished.”

In another case, a company had suddenly informed a migrant worker that his contract would terminate at the end of March as a result of restrictions on production related to the virus. He was working on a three month contract that had been renewed, and he had asked for a parental leave. “I think that the contract termination may be due to a parental leave request”, the worker declared.

“It is true that the company had informed him that the contract was terminated due to cuts in the production. However, this worker had requested a childcare leave and the company did not take it into account. We suspect the company be terminating his contract because of the parental leave. I think companies are using COVID-19 as an excuse to lay off workers deemed inadequate.” 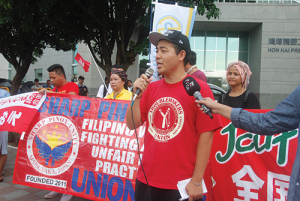 Many migrant workers, especially women, have been affected by the school closures implemented by the Japanese government. The government is not providing enough support to families with children during the closure, and most industry workers cannot work from home. A female migrant worker declared that, since the primary school was closed and her children could not stay at home unsupervised, she had requested a day off from her employer. Her company responded saying that she would be fired if she did not show up at work. Some parents also worry about the length of the school closure as the virus spreads.

In this context, some migrants with children are looking for childcare services in their communities where they can leave their children. “Migrants have been helping each other for a long time, with young people caring for other migrants’ children. In these cases, parents pay them a salary, however small. The community provides help, but it comes with a burden for parents”, Jimbu observes.

Some migrant children are not affected by the school closures because many were already going to schools created by the migrant communities. Some refuse to go to the regular Japanese schools due to discrimination and bullying (Ijime).

The new coronavirus pandemic is also affecting migrant workers’ mobility. Stricter border controls and movement restrictions have prevented technical interns from entering to Japan. Technical interns are workers registered in the Technical Intern Training Programme (TITP). They are indispensable to various Japanese industries, such as manufacturing, construction, agriculture, fisheries, sewing, and cleaning. If technical interns are not allowed to enter the country, they will lose their work opportunity and the Japanese industry will have vacant positions.

The spread of the COVID-19 virus coincides with a worldwide spread of racism against migrants and minorities. NGOs and academics are calling for action against racism and xenophobia and urging for solidarity with migrants.

The Solidarity Network with Migrants (Ijuren), an NGO in Tokyo, published an “urgent call as a response to the COVID-19 epidemic” on March 18th. To “respond to discrimination cases and antiforeignism, we are hereby calling for human rights to be respected, medical, and financial protection to be provided to migrants, ethnic minorities and marginalised populations”, Ijuren declared.

This declaration follows a COVID-19 wave that initiated various forms of virtual or face-to-face discrimination and xenophobia against minority groups in Japan. Instead of calling for solidarity and fighting against discrimination, public organisations are contributing to the structural discrimination against minorities. “Even though WHO’s policy is to avoid using names of specific people or places in their nomenclature of infectious diseases to prevent potential discrimination and shaming, some Japanese politicians called COVID-19 ‘the Wuhan virus’”, the NGO declared.

Moreover, according to Ijuren, “the city of Saitama has decided to provide free masks to the municipality’s childcare and nursery school employees; however, the city has excluded Korean childcare facilities from their list. As these examples show, public officers and institutions are increasingly demagogic and discriminating.”

Additionally, NGOs called for solidarity from the civil society. “In order to not exclude anyone, information must be available in various languages and, in compliance with human rights standards, all necessary services must be provided. We also requested that the government, media, and citizens provide correct and accurate information”, the NGO declared.

The author’s take on migrants

The movement of people across borders is increasing, and many are ‘on the move’ worldwide. Life trajectories are extended over several countries, and some people are surviving in this world through mobility. Following the COVID-19 epidemic, states have tightened border controls and implemented travel restrictions, and xenophobia and discrimination have been denounced worldwide.

However, the life of people ‘on the move’ continues. How can we analyse public authorities’ restrictions on migrant workers and refugees’ movement, taking xenophobia and discrimination into account? Not only will the excessive restrictions be detrimental to migrant workers and refugees, they will also provide a ‘pretext’ for those with discriminatory and xenophobic practices and intentions. States and international organisations should, therefore, discuss the efficiency and impact of movement restrictions, while also seriously engaging in tackling racism and xenophobia.

People in movement are also members of our society. If states decide to impose movement restrictions to contain the spread of the virus, it is also necessary that they protect migrants’ rights, respect their lives, and fight against discrimination.