Annaelle’s thesis focuses on irregular migrants in urban spaces, by comparing the situation in the cities of Rome and Paris.

All residents of Italy are living under a strict lockdown that started on March 9, 2020. Every part of the society is affected; hospitals are saturated; and, as of April 8th, there have already been over 17,000 deaths. It seems impossible for the most precarious migrants to observe some of the measures implemented during the lockdown, which is limiting the possibility of providing them with help.

Despite COVID-19, Italy remains the main country of arrival in Europe for people fleeing violence in their country of origin or transit; it is hard to know yet whether the European situation will affect the number of arrivals. All migrants and crew members in rescue vessels have had to self-isolate for two weeks upon arrival as of February 28th. Tonight, a decree suspending all rescues at sea for the duration of the health emergency has been signed.

The coronavirus epidemic has been instrumentalised for political purposes by the far-right party, ‘The League’, led by Matteo Salvini. On February 21st, the ex-prime minister suggested that the borders be closed down to migrants, even though no COVID-19 cases in Italy were related to Africa, which had only one case in Egypt. “The government underestimated the coronavirus. Allowing migrants to come from Africa, where the virus’ presence has been confirmed, is irresponsible”, he declared in a press conference in Genoa. 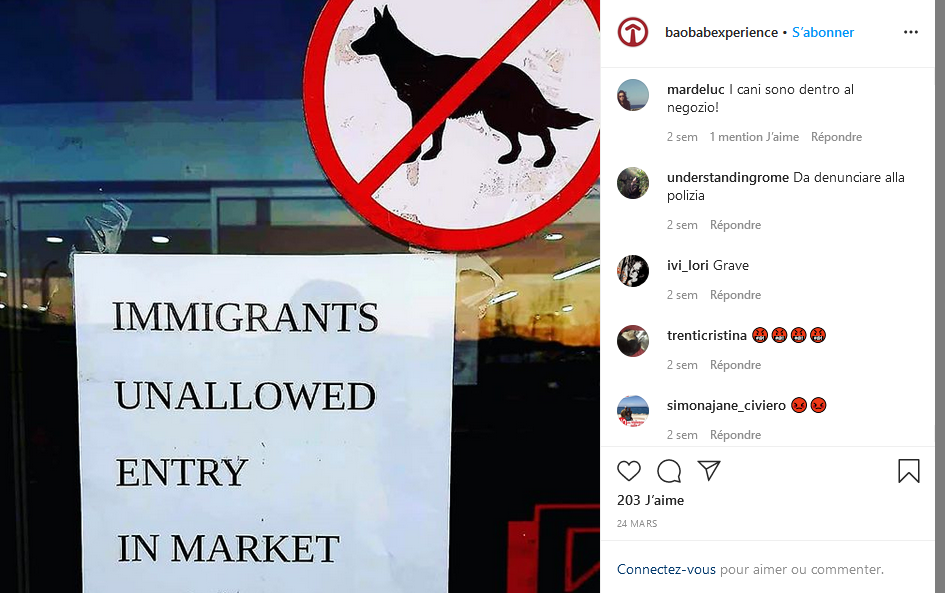 Administration on a break

All around Italy, administrative services for migrants and asylum seekers have been suspended or greatly reduced. The police usually employed in immigration offices have been reallocated to emergency tasks related to the coronavirus. As of March 2nd, foreigners’ applications for a new or a renewed residence permit have been suspended for 30 days. Tribunals have been shut down as well. The government suspended all interviews to determine a refugee’s status and all appeal hearings that follow the refusal of an asylum claim, lengthening what are already very demanding procedures.

In reception centres, social distancing measures are impossible to implement. Under the Salvini government, huge centres gathering hundreds of people that are easier to monitor have replaced a more diffuse model of reception centres that manage a small number of people and are integrated into local communities. The huge centres are overloaded and house a great number of people in precarious conditions. Associations are asking for the earlier model to return to limit the spread of the virus and help integrate excluded migrants. The centres are equivalent to administrative detention centres. Most flights have been suspended and 425 migrants are waiting in seven centres in the country, where the health directives related to COVID-19, including of social distancing, cannot be guaranteed. 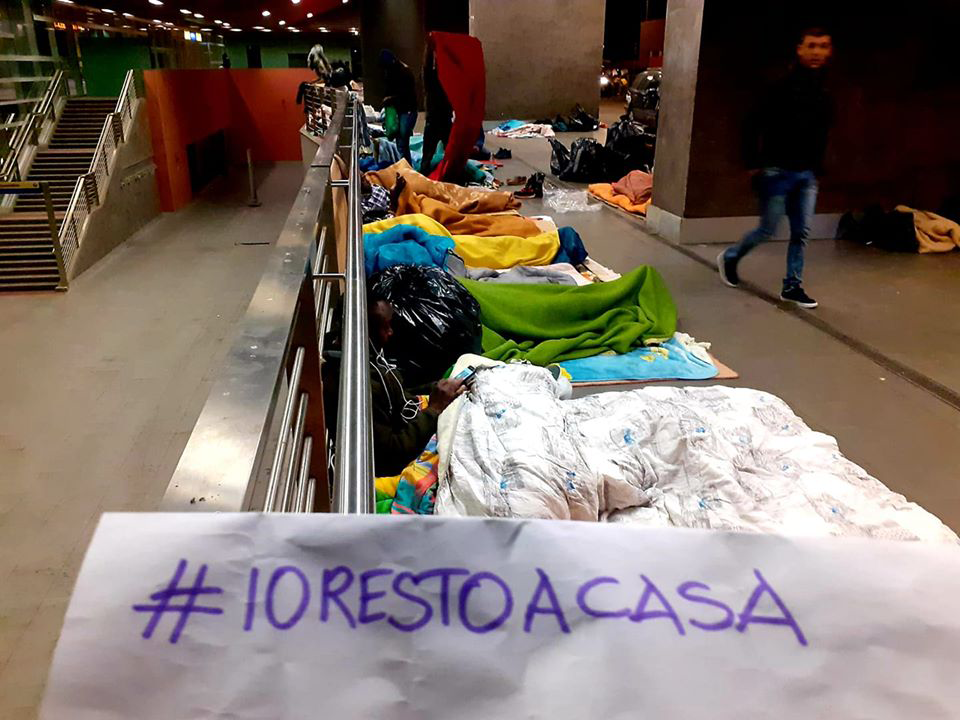 Increased precarity for the invisibles

It is almost impossible to follow social distancing guidelines and access adequate healthcare in the numerous squats and informal urban and rural camps, which are accommodating more than 10,000 people throughout Italy in insalubrious conditions and invisibility, according to a study led by Doctors Without Borders. The epidemic is also creating difficulties for those who survive on a daily economy, and migrants’ homelessness is a significant problem in Italy. Following the enactment of the Salvini decree, many foreign nationals have been forced to live on the margins of society after demands for international protection were refused and resident permits were lost. Many administrations, including in Genoa, Trieste, and Lecce, have been active, opening centres and distributing food, supplies, hygiene kits, and devices.

Rome has not yet taken similar measures. Collectives in Rome are often taking action to fill gaps left by the institutions and large associations paralysed by the coronavirus. Numerous acts of solidarity have been noted; however, there has been some backlash also. Collectives are being threatened as people are encouraged to denounce authorities at public gatherings for their handling of the virus. The Baobab collective of Rome indicated that they needed ‘solutions and not denunciations’ for the 120 people living in the camp; however, no response was given by Roman authorities in the following two weeks.